Paints and signs and booths, oh my! Boost cafeteria performance with low-budget updates 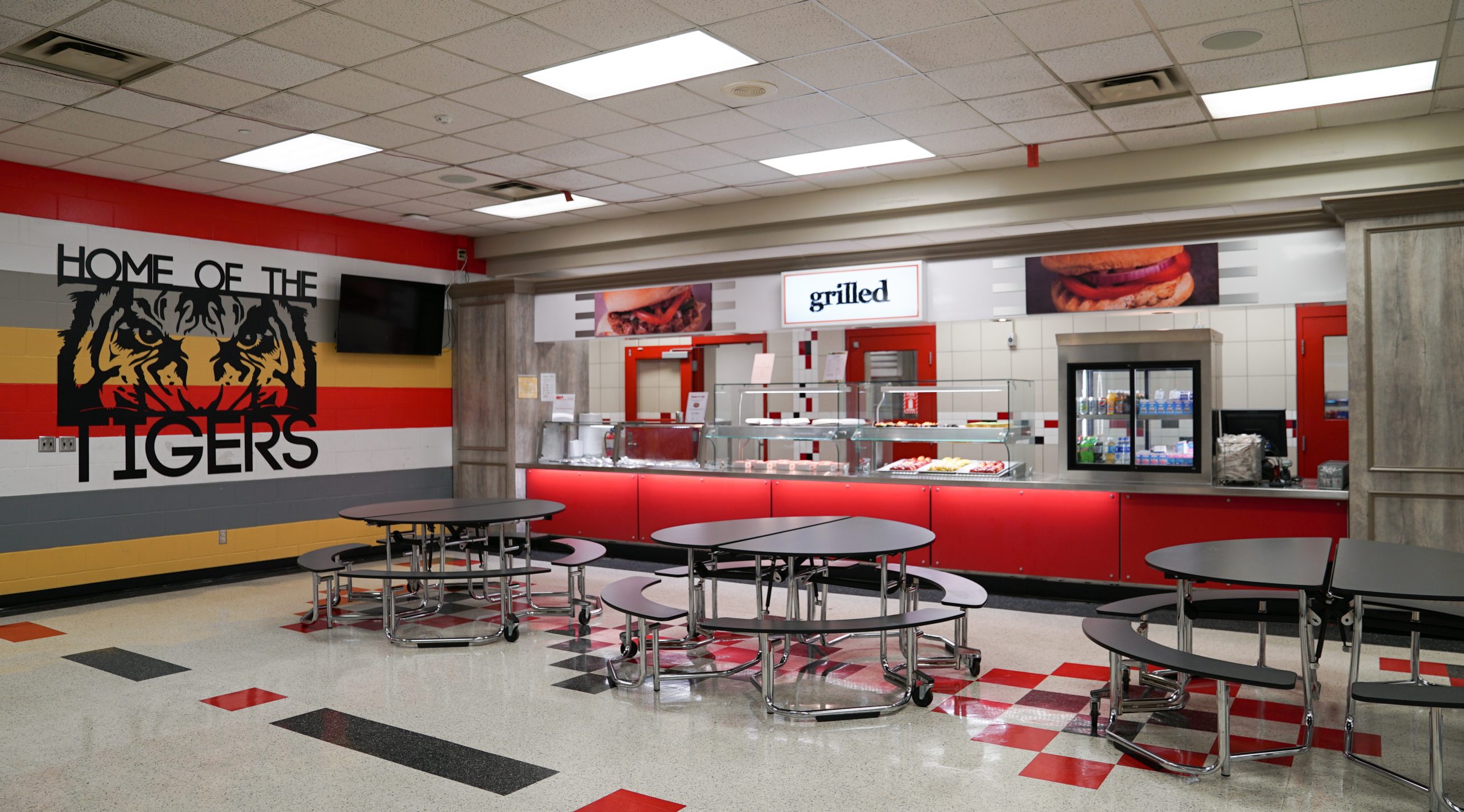 School budgets across the country are facing potentially steep cuts for the coming year. While cutting back on non-academic services like dining can seem like an easy target, doing so can actually hurt meal participation and program finances in both the short and long runs.

But there are ways to walk the fine line between curbing spending and supporting a viable dining program. We discuss some of the most common problems faced by school cafeterias and how to address them within a limited budget.

Slow-moving lines are the most common complaint expressed by school nutrition directors. Lines that back up discourage students from eating in the cafeteria because they don’t want to spend their limited meal time waiting.

There are some easy, low-budget solutions to improve efficiency.

This can be accomplished with something as simple as a mobile cart or kiosk. If it’s positioned away from the main serving line, it can be a really effective way to keep lines short and moving.

This second POS can either serve some of the same food as the main serving line or can be set up as a specialty food station for potato bars, pizza, nacho bars and more.

LTI offers a number of grab-and-go options that provide a convenient way to serve up to 250 snacks, breakfasts or lunches efficiently and in areas where space is limited.

Cafeterias often have multiple stations offering varied food selections. But if they’re poorly signed — a not uncommon occurrence —students tend to bounce around the serving areas looking for what they want.

Install changeable signage that displays what’s being served at each station daily and that can be seen from a distance to help students find their way and waste less time.

Coaxing students to eat in the cafeteria

Cafeterias are notorious for being, well, cafeteria-like — boring, staid, institutional and worlds away from what students are accustomed to experiencing at their favorite fast casual restaurants.

The first step in refreshing a cafeteria’s appearance should be a multi-colored, dynamic paint scheme. Avoid solid colors or simple stripes. Instead, think about engaging, compelling design.

Not sure where to start? Visit the LTI gallery for some inspiration. 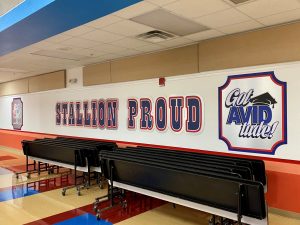 If it’s not in the budget to replace all the cafeteria furniture, consider dedicating a section of the dining area to booth seating or adding some bar-height tables and chairs.

These seating options are more reflective of restaurant environments and much more appealing to students.

Signage at key focal points gives the cafeteria some personality and makes it feel more like a deli or a fast casual restaurant, which boosts appeal.

Use brushed aluminum or other modern finishes for a more upscale appearance. 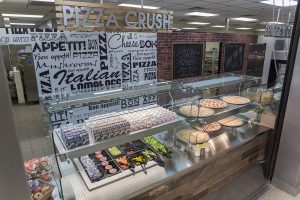 Regardless of how much of a refresh your cafeteria gets, hold a “grand reopening.” Events like these build anticipation and may get students to try the cafeteria, potentially for the first time. And once they get past the initial objection, they’re more likely to keep coming back.

Even if your renovations or additions are relatively minor, sell it like a major project to boost excitement. Publicize new menu items, post menus around the school, hang banners, make announcements.

LTI worked with one school nutrition director who added one new menu station as part of an effort to make improvements. The food at the other two stations did not change. But the school made a splash about the “grand opening,” and students came away raving about how the food was so much better, even though it’s the same thing they’d been having all along.

Making a compelling argument for upgrades

All the good ideas in the world won’t make much difference if the folks preparing the budget don’t support them. There’s a pretty convincing case to be made for some initial improvements.

Simple steps like the ones mentioned above can be effective in improving cafeteria performance. For example, a school might keep its existing cafeteria serving line equipment but resurface the front, add new signage and a new paint scheme, and introduce some creative menu changes — all for an investment of less than $20,000.

Even if you can’t get buy in for an initial project yet, start preparing and planning for future changes. Create a proposal and design so that you’re ready to move forward when budgets improve. In doing so, you may find that there’s some smaller element you can afford now to get started, like a single cart to serve as a second POS, add a unique menu item and help boost social distancing during the pandemic.

An investment in improving cafeterias reliably provides a big return for schools in increased participation. It’s common to see 10% to 20% meal participation improvement after a renovation.

Especially in high schools and to some extent middle schools, a more modern environment is what students want and expect. If you want their money, you have to meet their needs.

Not sure about the outcome? Try one school as a beta site to make improvements. The increased income from higher participation can provide return on investment in as little as six or eight months. Use the success at one school to provide a compelling argument for improving the next.

Get started on your cafeteria with the help of LTI. Learn more about our products and services designed especially for K-12.